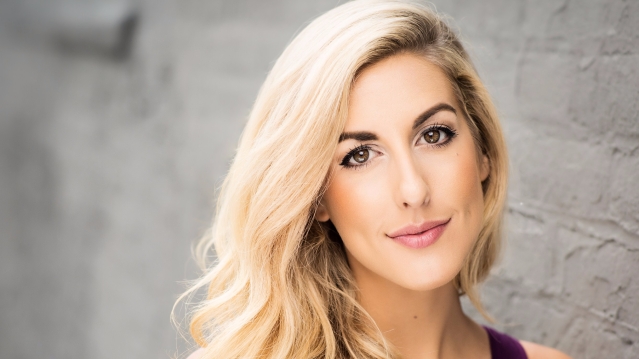 For Buffalo native Hayley Lampart, going to visit Shea’s Buffalo Theatre was a huge part of her childhood. “I think the first show my parents took me to see at Shea’s was ‘The Lion King,” says Lampart, “my parents were very supportive of the arts as I was growing up.”

Going to visit Shea’s is a treat for any Buffalo native, but getting to perform on the Shea’s stage is a different experience altogether. Lampart gets to do just that this Friday when she visits her hometown with the national touring cast of “Kinky Boots.” The show plays Shea’s Buffalo Theatre for one night only on November 17.

“Kinky Boots” is the Broadway Smash hit musical with songs and lyrics by pop sensation Cyndi Lauper and book by Harvey Fierstein. The story takes place in England, and revolves around the death of an owner of a shoe factory. When the owner dies, Charlie (the owner’s son) inherits the factory, and must figure out the best thing for it. Should he close it, putting all of the employees out of work? Or should he try to save it? After meeting Lola, a drag performer, Charlie comes up with a plan to save the factory by changing the product output and focusing on a niche market, that of the drag performer. Instead of making men’s shoes, a new ‘kinky’ boot comes off the conveyor belts.

The Broadway cast of ‘Kinky Boots.’

Lampart plays the role of Nicola, Charlie’s soon to be wife, in the show. “I play a finance who wants to get married, wants to start her married life, but hates that her fiancé is not focusing on what she feels is important.” Lampart laughs that she brings most of the conflict to the show, but says that it is a great experience to be apart of such a great production.

“I saw the show when I was in school in New York,” says Lampart, “I fell in love with it.”

With the new trend of pop stars writing musicals for the Great White Way, Lampart says that it is a dream come true to sing songs by an icon like Cyndi Lauper. “My parents listened to her music when I was growing up, so I always was familiar to it. I am a huge fan.”

Lampart says that Lauper’s music is very well written and audiences will be surprised at how well she can tell a story with her music. “I know I am in a musical, but I feel like I am a rock star on stage each night.”

Lampart says that the audition calls for shows have taken a shift to support the new trends of rock musicals. “Music directors always ask for you to sing rock songs. It is a style that they are interested in, and it keeps popping up in these new shows.”

While the show is a fun time, Lampart says that it is full of messages that audiences are guaranteed to relate to. “The show is about being true to your own self, and to be accepting of others. It is truly everything you want in a musical.”

When Lampart takes to the stage on Friday night, it is surely going to be an emotional experience.  “I cannot wait to see my family and friends in the audience, and to perform on Shea’s stage. It is a dream come true.“