Theatre Review: ‘9 to 5 The Musical’ by Rocking Horse Productions at Lancaster Opera House

The cast of “9 to 5 The Musical” by Rocking Horse Productions at Lancaster Opera House.

Yesterday evening, I went to the Lancaster Opera House to see “9 to 5: The Musical,” presented by Rocking Horse Productions. Music and Lyrics are by Dolly Parton and the book is by Patricia Resnick. The musical is based on the popular 1980 movie by Resnick and Colin Higgins which starred Dolly Parton, Lily Tomlin, and Jane Fonda as office workers who are tyrannized by their lecherous boss.

This is a story about employees who are being treated so unfairly by their boss that they kidnap him, hold him captive for a month, and take over operations at work themselves. It’s very farfetched and mostly played for easy laughs. Perhaps my sensibilities have changed over the years. This premise seemed entertaining when the film came out. Over time, since sexism in high places is still such a serious and relevant issue, this lighthearted, over the top approach made me feel uneasy.

The strongest suit of this production is the musical direction by Eric J. Van Pyrz – including his terrific nine piece orchestra and the consistently good singing by both the chorus and the leads. The only challenge with the singing is lyrics are sometimes difficult to understand. As good as the chorus’ vocal work is, however, in most of the musical numbers, the chorus’ role is pretty extraneous and sometimes even a distraction. It is no fault of this production; this is just not a well integrated book.

Susana Breese is perfect as Judy, the Jane Fonda role. Ms. Breese is pert, pretty, and genuinely funny and she gives a fully realized performance. Her rendition of the transition song “Get Out and Stay Out” is a wow and the high point of the evening.

Derrik Reynolds, as the evil boss, oozes the requisite oily passion in his big number, “Here For You.” And Lauren McGowan, as his camel-hunched, knock kneed lovesick assistant, is an absolute hoot! Under that business suit, she’s a tiger and, when she roars, she brings down the house!

Sound by GB Audio is good, although sometimes the chorus drowns out the soloists. And there’s nice scenery by Chuck Ziehl, especially the beautiful bookcase backdrop in the boss’s office.

“9 to 5: The Musical” is a long show – two and a half hours – but director Leigha Eichhorn keeps things moving along.

This is a pleasant production with solid vocal work and the Opera House audience had a good time.

Running Time: 2 Hours and 30 Minutes with one 15 Minute intermission.

“9 to 5 The Musical” runs until September 24, 2017, is produced by Rocking Horse Productions, and is presented at the Lancaster Opera House. For more information, click here. 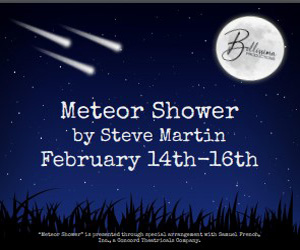