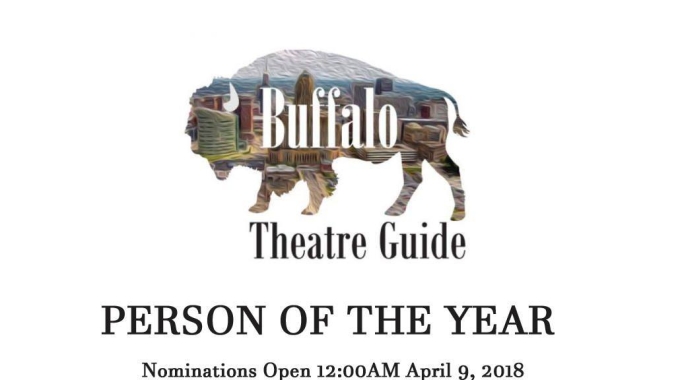 Buffalo Theatre Guide is happy to announce that Philip Jarosz has been named the 2018 Person of the Year!

Mr. Jarosz will receive a commemorative plaque, and $50 in TAB Bucks, graciously donated by the Theatre Alliance of Buffalo.

A little about Mr. Jarosz:

For nearly two decades, Phil Jarosz has produced & directed quality plays at Kenmore West High School. Through his efforts, Phil has impacted the lives of hundreds of students, especially those interested in pursuing the arts as careers in college. His shows are a visual spectacle for the everyone in the community: parents, students, teachers & lovers of theatre. After nearly a decade hiatus, Phil resurrected a variety show in April featuring Ken-Ton School District Teachers & administrators to raise thousands of dollars for a scholarship for graduating students pursuing the performing arts in college. This is one of many examples as to why he deserves recognition.

Congratulations to all our nominees. A total of 3,900 votes were cast!