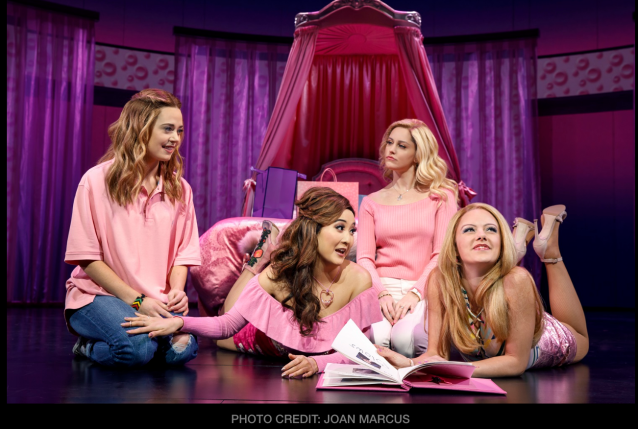 Performance and on-sale dates, along with casting, additional tour cities, and other information, will be announced at a later date.

President of Shea’s Performing Arts Center Michael G. Murphy was in New York City last week attending the Broadway League Spring Road Conference where Mean Girls writer Tina Fey announced that the show will begin its tour at Shea’s Buffalo Theatre. Murphy said, “The 750 industry members in the room burst into applause and cheers when Tina announced that Buffalo will tech and launch the National Tour. I extend deep thanks to our subscribers, donors, volunteers, sponsors, and the entire Buffalo-Niagara community for their continued support of Shea’s. This support along with the tax credit legislation passed in Albany has resulted in the opportunity to launch major National Tours in Buffalo, which provides substantial economic benefit to Western New York and places a spotlight on our community as a leading presenter of touring Broadway productions.”

Co-Presenter of Broadway productions at Shea’s Buffalo Theatre for over 30 years and ProducerAlbert Nocciolino expressed his excitement for the announcement of the Mean Girls tour opening in Buffalo. “It has been a pleasure working with the producers of Mean Girls to secure the tour launch at Shea’s Buffalo Theatre in the Fall of 2019. The growth of our subscription base and the continued support of Western New York have given Shea’s Buffalo Theatre a reputation of excellence in the touring Broadway community. Thank you to our subscribers for their support over the years. Your dedication enables us to be one of the top one-week subscription markets in the country.”

Mean Girls opened on Broadway last month to rave reviews at the August Wilson Theatre (245 West 52nd Street), where it has played to sold-out houses since beginning previews in March. The show had its world premiere at the National Theatre in Washington D.C., playing a sold-out run October 31 to December 3, 2017.

Cady Heron may have grown up on an African savanna, but nothing prepared her for the wild and vicious ways of her strange new home: suburban Illinois. How will this naïve newbie rise to the top of the popularity pecking order? By taking on The Plastics, a trio of lionized frenemies led by the charming but ruthless Regina George. But when Cady devises a plan to end Regina’s reign, she learns the hard way that you can’t cross a Queen Bee without getting stung.

Mean Girls is presented in Buffalo by Shea’s Performing Arts Center and Albert Nocciolino and is sponsored locally by M&T Bank, The Buffalo News, and WKBW-TV.