By Buffalo Theatre Guide on September 6, 2017 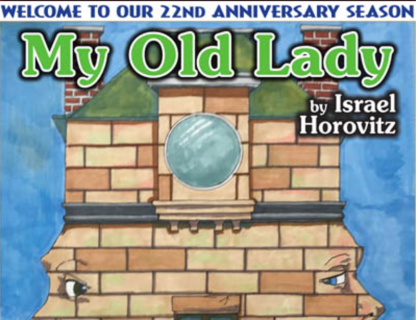 When it comes to Buffalo, it is not uncommon to hear ‘there is always a Buffalo connection.’ It probably has to do with the fact that Buffalo is one large living room. Everyone knows everyone, and everyone has a story as to how they know, or once knew, everyone. Buffalo in general has this unique way of casting a spell over it’s residents and making sure that there is a sense of pride about being from here and knowing your fellow neighbors. When it comes to the theatre community of Buffalo, it is one smaller living room. Relationships are made and last a long time because the community is so strong. This can be said for the nearly thirty theatre companies that mount productions annually in the city. One company, that has been mounting productions for over the last two decades, is New Phoenix Theatre.

“It is our twenty-two year anniversary season,’ says Richard Lambert, the executive director of New Phoenix Theatre, “we are celebrating a home-coming and welcoming back many people in the theatre community who got their start here.”

They kick off their first show of the 2017-2018 season, “My Old Lady” by Isreal Horowitz. “We wanted to go back to the beginning of where we started, says Lambert, “we are excited to have Anne Gayley and Eileen Dugan back on stage, both of whom starred in the first show here.” Lambert is referring to the New Phoenix’s inaugural production of “Keely and Du” in 1996.

Director Michael Lodick says that he was looking for a play that would be a good fit to bring Gayley back to the New Phoenix stage. “Anne is the Maggie Smith of Buffalo, and when I read this script, I knew it was right for her.”

“I had watched a film called, “My Old Lady,” says Lodick, “and in the credits it said that it was based on Isreal Horovitz’s stage play. I knew that this story was one that I wanted to explore.”

“My Old Lady” tells the story of a man who is bequeathed an apartment in Paris, but who finds that he must live there with an elderly woman who has lived there for many decades.

This is Lodick’s directorial debut at the theatre. His work with the company is primarily as a set designer. “This is a great joy to be directing here,” says Lodick, “I love the space as a designer. I love the space from the audience standpoint, and it is a great privilege to be working with Anne, Eileen  and Richard on this stage.”

“My Old Lady” is just one of many regional premieres this season in Buffalo. “All families and extended families have different versions of history, and those results when discussed are monumental. Three characters in the show think they know the past, but they really don’t,” says Lodick, who adds that the show has many relatable elements that audiences will be able to connect with. “We all know our own particular truths.”

Promotional Consideration Paid For By The Theatre Alliance of Buffalo.