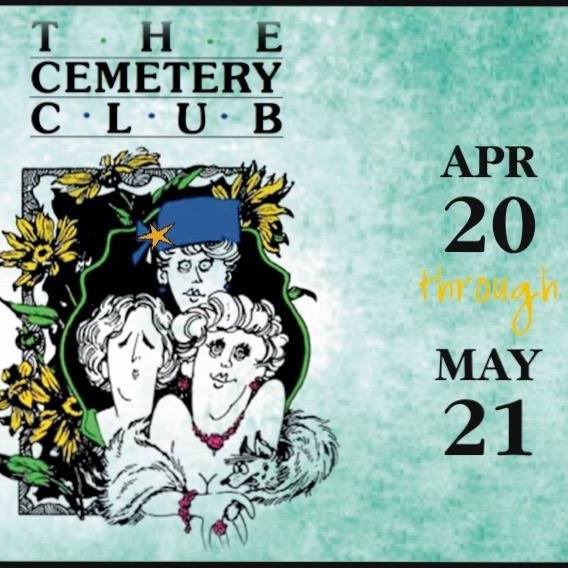 One of the most universal feelings is loss. Loss of a job, pet, loved one or worst of all, a spouse. Loss is one of the main themes in “The Cemetery Club” by Ivan Menchell, and despite some heavier subject matter, O’Connell & Company’s production amps up the love and lifts the audience’s spirits.

“…a touching, familiar tale about love, loss and friendship. O’Connell & Company puts a lot of heart into this production, which is sure to warm your soul. ”

“The Cemetery Club” refers to three longtime friends – Ida, Lucille and Doris, who get together once a month solely to visit their husbands’ graves in Forest Hills, Queens. Despite having completely different reactions to death and approaches to dealing with their grief, they try to support and understand each other as best they can. Sheila McCarthy directs this fine group of actors, who, while sometimes resembling the humor and friendship of “The Golden Girls,”  all play very realistic characters dealing with all too familiar feelings.

Anne Gayley is truly a treasure as Ida. Of the three women, she is most afraid to pursue dating again despite no longer wanting to be alone. She’s met with internal conflict upon running into a local butcher, Sam (a very charming Rob Schwartz), and begins to wonder how she should live the rest of her life. Gayley stole my heart from the beginning and lets us all into the very complicated world of moving on from a loved one. The awkwardness between her and Sam during their first afternoon alone together is especially endearing. Schwartz holds his own onstage opposite these strong women, often drawing laughs from the audience during the “teenage crush” types of moments with Ida.

Constance Caldwell rounds out the trio as the flashy and flirtatious Lucille. She does a fantastic job at delivering jokes and commanding the attention of a room while refraining from acting choices that would’ve put her over the top. While Lucille seems to be understood as the youngest of the three women, Caldwell almost looks too young next to Gayley and Scime at times, which can be a little distracting.

Deborah Krygier also makes a brief appearance as Mildred, whose relevance to the plot is too delicious to spoil in a review. She makes the most of her limited stage time and does a great job of playing the crowd.

The theater’s intimate setup works well for this production, letting us all feel that we are sitting right in Ida’s living room, smartly designed by John Kehoe. The cemetery is permanently set on the raised stage behind the living room, in plain view during the whole show. While it’s likely not written that way, having the gravestones constantly present served as an appropriate reminder to the audience that life is indeed short.

“The Cemetery Club” is a touching, familiar tale about love, loss and friendship. O’Connell & Company puts a lot of heart into this production, which is sure to warm your soul.

“The Cemetery Club” plays through May 21, 2017 and is presented at O’Connell & Company in Buffalo.. For more information, click here.